Testing v1.5 - GPS Works! What else would you like tested?

Firstly I want to thank the CD team for allowing me to be the first beta tester for the newly released and shiny CarDongle v1.5! I haven't tested much so far, but I can confirm the GPS does work, and Google Maps was able to route me around on a quick 10min drive in my neighborhood. Complete with rerouting when I purposely took the wrong turn. Things were a little slow to load, but that could be due to my Cell Phone provider and not the device itself.

It saw 22 satellites and connected to 11 of them: 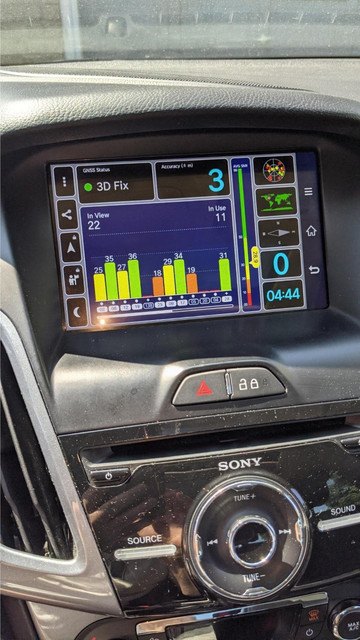 It did get quite hot though, but didn't shut down. I of course didn't try any Netflix, YouTube, or other streaming services as those aren't the reason I bought the device, but if you would like to me to test something, call it out and I'll do my best to at least attempt it.

We are made up of a team of passionate programmers, industrial designers and Android lovers who wanted to innovate the way Android is used in modern day vehicles.

You have Successfully Subscribed!